Kabob is not that old in Iran. It was brought into the country during the Qajar dynasty. Later, it went under lots of changes and became compatible with Persian cuisine and taste. Chefs tested Persian spices on kabob; tried to create a new dish. Persian cuisine tends to be sour and sweet, so has become the kabob.

The word Soltani Kabob in Persian kabobs means one skewer of beef Koobideh is paired with other forms of kabob.

Beef Koobideh is a Persian meat kabob that is made from ground lamb or beef, often mixed with spices and onions.

Shish Kabob is a famous kabob from Turkey that is made with chunks of marinated beef and vegetables on a skewer or pit. Shish Kabob Soltani is a mixture of the two most delicious Persian kabobs and is considered a luxury. 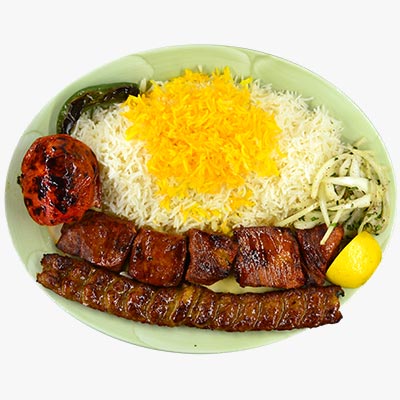