Different cultures have developed their particular cuisine and have made a name. Pasta from Italy, spicy foods from India, and kabob from Iran.

Kabobs quickly became popular among Persians after entrance into the country. First, it was a luxury for the royal family and the affluent due to the high price of the meat. But, later, the middle class was able to enjoy this delicious food. The popularity of meat among people flourished Persian kabob in the world.

Mix Kabob is chicken breast and beef tenderloin marinated and cooked over an open fire. Mix kabob is often called a two-colored kabob in Iran. Due to amazing appearance, it is served on exceptional occasions. Those who have tried it talk about the fantastic mixture taste of chicken and beef in the mouth. 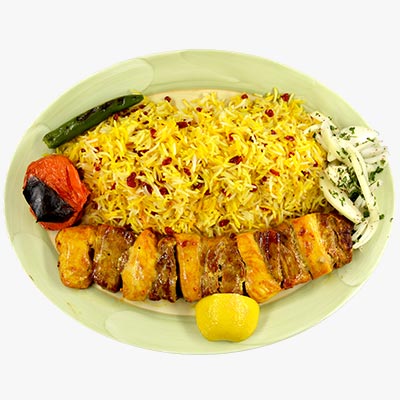 You could try the mix Kabob in Las Vegas in Hafez Persian Restaurant. We have served the residents with the best Persian cuisine for 5+ years now. Being among the best top 25 restaurants in Las Vegas for two years in a row is a pleasure for us to serve you. You could also Mix Kabob in Las Vegas online through the menu of the website. Ordering through UberEats and GrubHub is also possible.

Persian Mix kabob is often served with rice or bread.